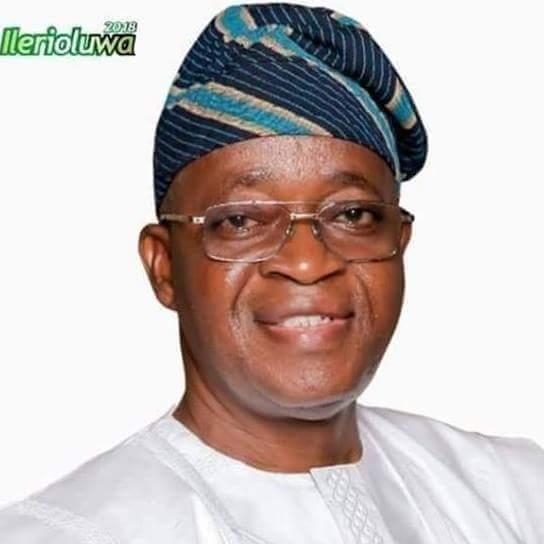 An Osun State based human rights lawyer, Barrister Lekan Alabi, has written a Letter of Complaint to the State Governor,Alhaji Gboyega Oyetola over alleged illegal appointment of one Prince Taiwo Adegboye as new Alawo of Awo in defiance to orders of the State High Court with forged and perjury selection documents.

The Legal Counsel threatened the to approach the Court of competent jurisdiction to seek redress on the matter after the expiration of 21- day ultimatum given to the State Government to reverse its decision of September 13th,2021 in respect of filling the vacant stool of Alawo in Egbedore Local Government Area of the State.

Barrister Alabi who is Legal Counsel to the second contender for the stool of Alawo from Abioye Ruling House/Compound,Awo and a renown civil rights activist, Comrade (Prince) Adeniyi Alimi Sulaiman.

He maintained that the appointment of Adegboye was not followed due process and calling for immediate reversal of the appointment by maintaining the status quo as being earlier ordered by the Court of competent jurisdiction.

The Letter dated 27th of September,2021 with titled: “Passionate Complaint-Re: Appointment of new Alawo” and the copies were made available to newsmen at the weekend.

Specifically,Alabi accused the State Government of trying to subvert the course of justice on the Alawo stool,with the illegal appointment of Adegboye on 13th of September,2021,when all the matter relating to the vacant stool,still pending in the State High Court and Appeal Court sitting in Akure where Taiwo Adegboye was an appellant.

Alabi who doubles as Secretary, Human Rights Committee of Nigeria Bar Association (NBA),Osogbo branch, disclosed that the illegal appointment of Adegboye was based on flagrant disobedience to Court orders,forgery and perjury of selection documents and usage of repealed 1957 Alawo of Awo Chieftaincy Declaration as contained in letter with Reference Number: CD.6/2/VOL.III/1189, dated 12th of August,2020 and signed by one Bashir Oladipupo,for Permanent Secretary, Ministry of Local Government and Chieftaincy Affairs and their purported selection documents with the Covering Letter with Reference Number:ELG.396/T/28B,dated 24st August,2020 and signed by one Mrs. Olabimtan F. Abiola,the Council Manager,for Chairman, Egbedore Local Government,Awo.

He added that, instead of using subsisting 1978 Alawo of Awo Chieftaincy Declaration,they banged on repealed 1957 Alawo of Awo Chieftaincy Declaration for their purported selection process of Taiwo Adegboye, insisting that all the processes that brought Taiwo Adegboye to the purported throne on September 13th,2021,were invalid,null and void abinitio.

According to the Letter;”Our client,as a respecter of rule of law and renown human rights activist who learnt activism at the feat of the late Social Crusader and Legal Luminary,Chief Gani Fawehinmi,SAN, could not sit and watch the impunity and flagrant disobedience to rule of law and constitution which Governor Oyetola had sworn to uphold on the subject matter being taken to the next level and this necessitated the writing of this Passionate Protest Letter to the Governor of Osun State,the approving authority to install a new Alawo”.

It stressed further that “All the documents in the selection process in favour of Prince Taiwo Abdulrasaq Adegboye were forged, in essence,Taiwo Adegboye supposed ascension to the throne of Alawo of Awo on 13th of September,2021,is a product of fake and forged documents and anybody who forged document should not be a beneficiary of such position as the Supreme Court gave Ruling in the case of PDP vs Biobarakuma Degi- Erienmienyo,the then Bayelsa Deputy Governor-Elect in November 16,2019 Governorship Election,that voided the Governorship Election of Mr. David Lyon barely 12 hours to his inauguration, in a suit N0: FHC/ABJ/CS/1101/2019 and in a sane society,the person of Taiwo Abdulrasaq Adegboye should not be allowed to hold any position authourity,not to talk of becoming a monarch of an ancient town of Awo in Osun State.

Breaking his silence on the development, Comrade Adeniyi Alimi Sulaiman declared that it is duty bound on every legitimare member of Abioye Ruling House/Compound, Awo,to ensure that the bad image being given to our Ruling House on this issue of allegation of forgery and perjury by my younger brother,Taiwo Adegboye is settled by advising him to rescue himself from the purported throne honourably.

Sulaiman noted that it would not be augur well for our Abioye Ruling House/Compound,Awo, to produce new Alawo vide a fraudulent procure process and forged and perjury selection documents with undue process, nothing that sanctity of truth,justice and rule of law should be ensure to be prevailed in all ramifications in order to have functional society.

He added that” Since the State Government under the leadership of Governor Isiaka Adegboyega Oyetola announced Taiwo Adegboye as new Alawo. I have taken solace in the unperishable word of our late leader, Chief Gani Fawehinmi, SAN,that stand up for what is right,even, if you are standing alone and you will be vindicated at the end”

He said; “All the actions of my younger brother,Taiwo Adegboye, to his puported ascension of the throne of our ancestors,did not represent the highly cherished ethos of OMOLUABI which Abioye Ruling House is known for. I have suspected this illegality and hanky- panky game since January this year,when Taiwo Adegboye brought a Notice of Appeal on the 13th January,2021 Ruling of Honourable Justice A.O. Ayoola of Osun State High Court
sitting in Osogbo,to give accellerated hearing to the substanstive case of determining the authentic members of Abioye Ruling House/Compound, Awo, which has been the subject of litigation in respect of filling the vacant stool of Alawo. I have been asking myself,why my younger brother did not want the lower Court to determine the original owner of Abioye Ruling House/Compound, Awo,not knowing that he has hidden agenda of becoming Alawo through backdoor of forgery and perjury “.

Sulaiman therefore appealed to Governor Oyetola to do the needful of reversing the appointment of Taiwo Abdulrasaq Adegboye by allowing every party in the stool to maintain status quo, pending the determination of the pending suits,citing the recent Oniru stool,where the Lagos State had earlier announced the name of former Chief Security Officer (CSO) to former Governor Rauf Adesoji Aregbesola, Prince Hakeem Ajaasa and later withdrawn Ajaasa by replacing him with former Aide Camp (ADC) to Asiwaju Bola Ahmed Tinubu and former Commissioner for Agriculture and Natural Resources,the then Prince(now Oba) Gbolahan Lawal as Oniru.

For Confirmation of the News story