The Chairman of the People’s Democratic Party Governors Forum (PDP-GF), Gov. Aminu Waziri of Sokoto state has reiterated the need for the party to adhere to the principle of fair play in its forthcoming primaries and all future political competitions.

The meeting was chaired by the party’s national chairman, Prince Uche Secondus.

According to Gov. Tambuwal, the party must get its acts right as the “whole world is watching us.”

He noted that as the party is known as that of Democrats who have stuck to their guns and demonstrated fairness, equity and good conscience “as it was shown in our last primary in Port Harcourt, we must not fail to do what is right.”

We must be free, fair and transparent in all our primaries, from ward congresses through state to the national level.

He reiterated that the unity of the party is also sacrosanct in the march towards its quest to reclaim the leadership of the country in the future.

In his remarks, the BOT chairman, Sen. Jubril applauded the efforts made by Gov. Tambuwal to ensure that the party is more cohesive since he was elected as the Chairman of the party’s governors forum.

“Tambuwal has started working in earnest since the day he was elected as the leader of our governors forum.

“Under his watch the party is set to do well in all future elections. As you can see his networking has seen an increase in the number of our governors attending this meeting today,” the BOT chairman observed.

Including Gov. Tambuwal of Sokoto, nine other governors, some of them represented by their deputies attended the meeting. The roll call of the governors showed Governors. Nyesom Wike., David Umahi, Sen. Douye Diri and Ifeanyi Okowa of Rivers, Ebonyi, Bayelsa and Delta in attendance.

Other governors at the meeting were Governors Udom Emmanuel of Akwa Ibom, Sen. Bala Mohammed of Bauchi and Okezie Victor Ikpeazu of Abia. The governor of Zamfara was represented by his Deputy, Barrister Mahdi Aliyu Muhammad.

The party has 15 out of the 36 governors in the country.

Before the meeting went into an executive session, the Senate Minority Leader, Sen. Eyinnaya Abaribe appealed to the governors “to take care of their legislators in the National Assembly,” assuring that the party in general will continue to make its opponents “shake wherever they are.”

Special Adviser Media and Publicity to the Governor

Governors Fayemi, Tambuwal to Speak at Oxford University on “20 Years... 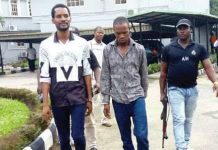 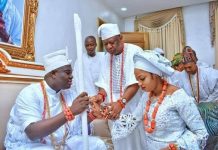 You are welcome home our beautiful and adorable queen.” #OoniOfIfe…Evangelist/Prophetess &... 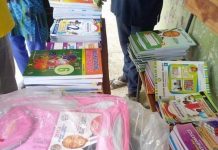 Disbursement of instructional materials to schools by Senator Bukola Saraki: Our... 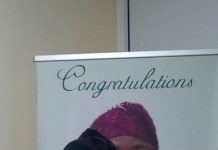 RE: KOGI DEPUTY GOVERNOR THREATENS TO SUE OVER UNPAID SALARIES AND...