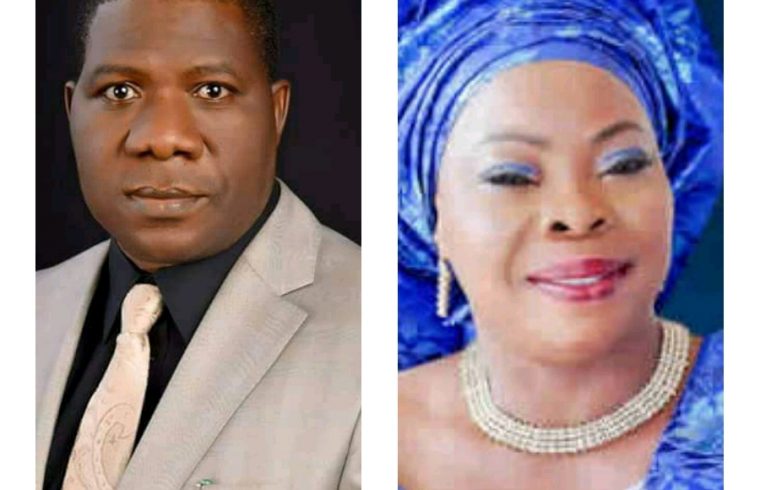 With a posture reminiscent of the inglorious AKINTOLA TAKU scenario during the protracted Action Group crisis in the nation’s first republic, Senator (Mrs) Fatima Raji-Rasaki is hell bent on subverting the mandate and popular wishes of APC leaders and teeming members of Ekiti Central Senatorial District who came willingly in their thousands to vote massively for Hon. Michael Opeyemi Bamidele (M.O.B.) on Friday, 5th October, 2018.

Despite the very wide margin between Hon. Bamidele (60,823) and Senator Raji-Rasaki (3,289) in the widely applauded, free and fair direct primaries, Madam Raji-Rasaki has stormed the APC National Secretariat pressurising the leaders of the party to impose her on the people of Ekiti Central Senatorial District at all cost.

Yet, this is a person who was convincingly rejected by the people as shown by the results of the senatorial primaries. Apart from going ahead to appear before the Appeal Committee for Party Primaries on baseless grounds, Madam had lately resorted to shuttling the residences of party leaders and virtually all retired military generals who are leaders of the APC and PDP in an attempt to put harder pressure on President Muhammadu Buhari in the bid to hijack Ekiti Central Senatorial ticket from the choice of the people.

She was reported to have gone to Minna to see both Generals Babangida and Abdulsalam as well as to Ota to see General Obasanjo.

According to her, if she would not be given automatic ticket to return to the Senate, then she must be told in clear terms what alternative appointment she would be given by the Presidency.

This shows the height of desperation of Senator Raji-Rasaki and also speaks volume of her total disrespect to the popular wishes and decision of the people she wants to return to the senate to represent in 2019. This is a woman who was unable to win her polling unit or ward in Ado Ekiti for APC during the July 14 2018 Governorship election and who lost the APC primary election in all the 57 Wards in Ekiti Central Senatorial District last week.

However, one should not be surprised because this is a woman who never contested for party primaries and had been enjoying her usual game of imposition all this while.

We only hope that Madam Raji-Rasaki will allow her conscience to guide her aright and that she will finally bow to God’s decision on this matter, as God cannot be mocked. Surely, the voice of the people is the voice of God. Vox populi, vox dei.

National Assembly resumed without the much anticipated drama of leadership change.
Text Of Press Conference On The Inauguration Ceremonies For Dr Fayemi As The Elected Governor Of Ekiti State Wed Oct 10, 2018