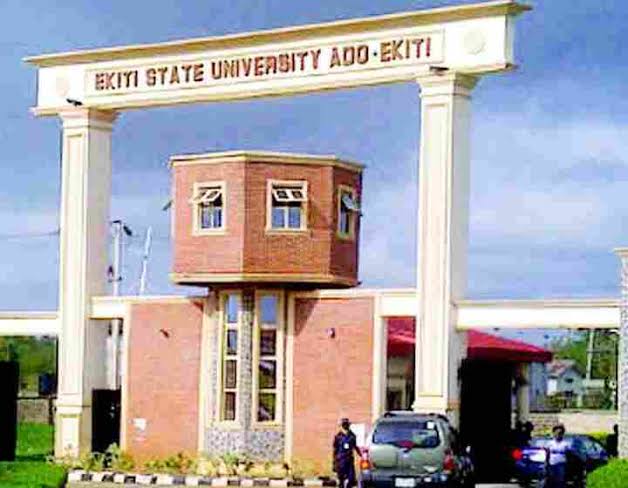 The attention of the Management of Ekiti State University, Ado – Ekiti and in particular, the Vice Chancellor has been drawn to an online report with the above caption.
The report under reference was written in a sensational manner with a view to attracting undue public sympathy as it is wrong to allege that the Vice Chancellor, Professor Edward Olanipekun, a well-known comrade, is high handed and issuing frivolous queries to Professors.
To set the record straight, some staff of the university including Professors that were issued queries were those alleged to be involved in the portal fraud and other infractions in the university, including but not limited to impersonation, dereliction of duty, insubordination, alteration of examination marks.
The university is a universal community which has its own way of operation. It is a well known fact that the university operates a committee system whereby no individual, including the Vice Chancellor can operate as a dictator. Therefore, accusing the Vice Chancellor of high handedness or issuing frivolous queries in this matter does not arise.
Those found to be involved in the portal fraud and other infractions were queried based on the recommendations of the fact finding Committees (and the report of an agency that investigated the portal fraud) in the spirit of fair hearing so that they could have the opportunity to defend themselves and say whatever they know on what they were alleged to have done. It is important to emphasise here that the recommendations in all the reports were considered and unanimously adopted by the university Management. Hence, the decision to query the affected staff emanated from the university Management and not from the Vice-Chancellor as maliciously alleged by the complainant(s). Nonetheless, the university Management under the leadership of the Vice Chancellor, Professor Edward Olanipekun, will not be blackmailed, cowed, intimidated, stampeded or distracted in its determination to rid the university of all forms of malfeasances and misdemeanors. Let it be known that the current administration in the university has zero tolerance for any act of misconduct.
It is important to inform the general public that the current administration in the university places premium on the welfare of staff and students, despite the paucity of funds. For instance, Council at its meeting held on 10th February, 2022 approved the promotion of 30 new Professors and 41 Readers as well as the elevation of scores of non teaching staff to the positions of Directors, Deputy Registrars, Deputy Bursars, Deputy Directors and Senior Chief Technologists.
The Vice-Chancellor of Ekiti State University is a democrat and an apostle of due process who will never be involved in any shady or frivolous action against any member of staff because of envy or vendetta as claimed in the malicious report.