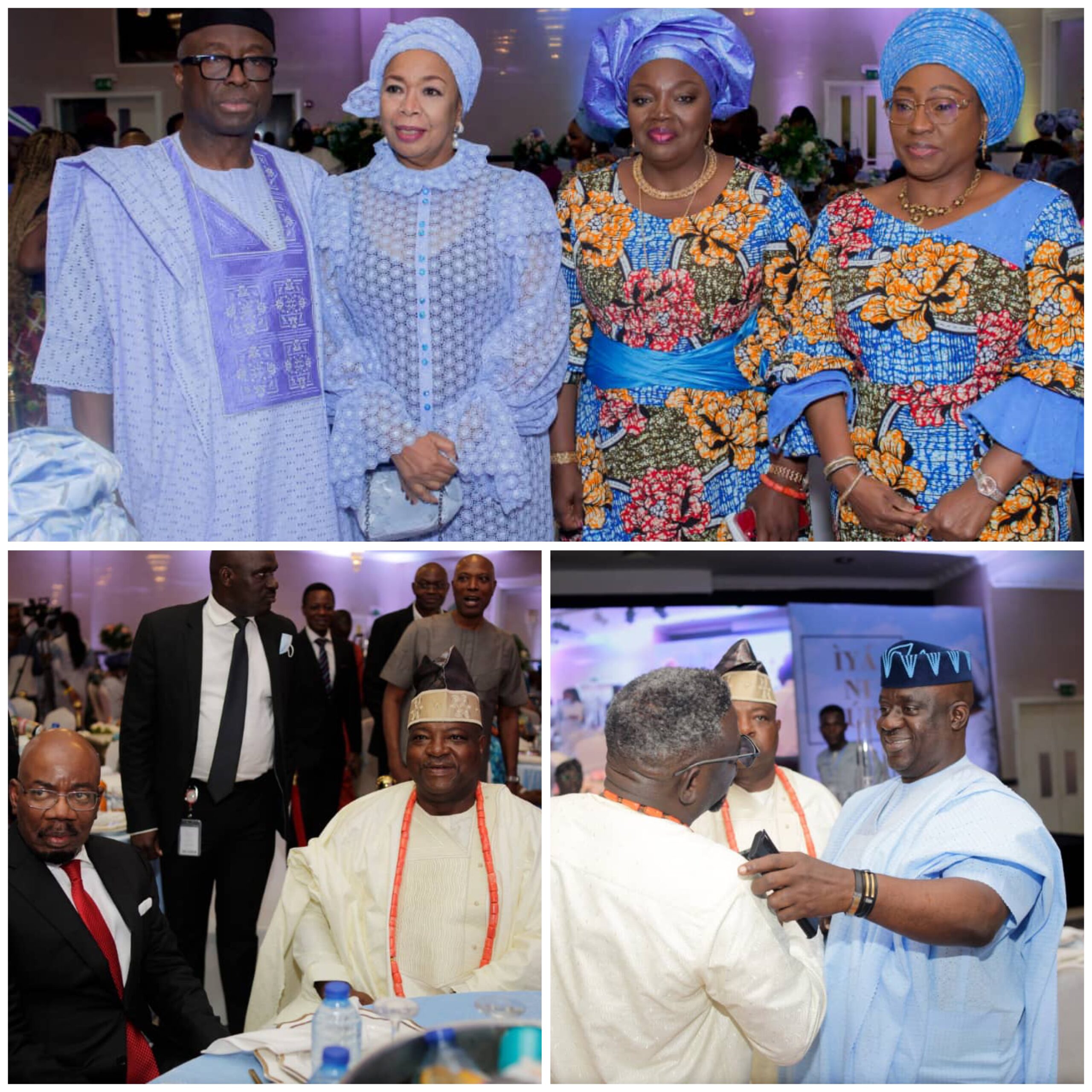 The events culminated at the civic centre Victoria Island Lagos where the reception and entertainment of guests held on the 2nd of Sept 2022.
The internment of late chief Mrs Borisade held as a private family affair at Vault and Gardens Cemetery Ikoyi after the well attended funeral service at Cathedral church of Christ marina Lagos.
In attendance at the funeral service were dignitaries, including the first executive governor Ekiti state, Otunba Niyi Adebayo and his wife Erelu Angela Adebayo. Erelu Bisi Fayemi, the Ekiti state first lady. Past deputy governor Lagos state, HE Alhaja Deroju Ojikutu, White cap chiefs from the Iru kingdom represented the council of Lagos obas, the minister for state Transport Honourable Adegoroye amongst other VIPs in attendance.

The church societies which the deceased was member of till her demise, The women’s guild auxiliary and the Helpers union were fully represented at the service sequel to an earlier commendation program hosted by both societies on Sunday 28th August at Rosiji Hall within the church premises.

Upon the announcement of the passing of the deceased by the children on the 25th of July, the resounding tributes and ovation of a fulfilled life well spent from organizations, Government Parastals, individuals was ground swelling.
ODUA Investment ltd which Mrs Olaniyan is independent director on the board, HID Awolowo Foundation, National Industrial Court, Ekiti State Governor, Institute of Directors, Zenith Insurance PLC were amongst the entities that paid their respect in documented letters of tribute.
The officiating priest during his sermon at the funeral service was emphatical about the virtue of the deceased. He admonished young mothers to emulate these virtues of honesty in purpose, humility and most importantly respect and consideration for fellow Human beings. Mama had an unwaivering love for God and God’s household (the church)