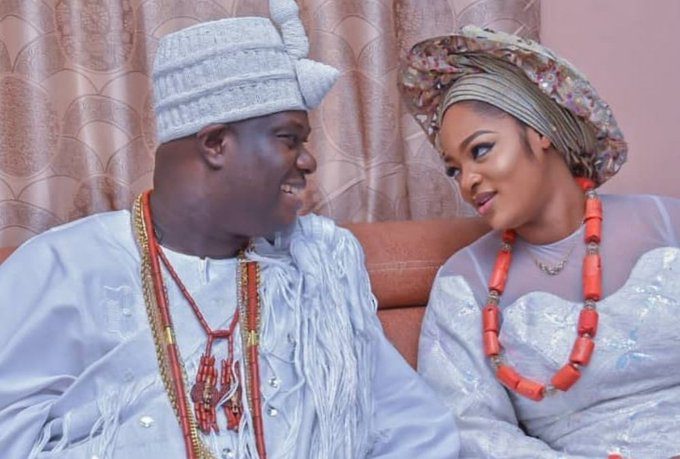 Similoluwa, the sister of Olori Moronke Naomi Silekunola, wife of the Ooni of Ife, Oba Enitan Adeyeye Ogunwusi, has been spotted in a trending video dancing to the music of popular Nigerian Fuji singer, King Wasiu Ayinde Marshal, also known as K1 De Ultimate, at an event.

The video, in which she was being sprayed by Kabiyesi Olowa of Igbara Oke, had her dancing beside K1 by the royal throne.

The Olori’s sister, who has her striking resemblance, joyfully moved her waist from side to side as other kings who were present at the event stylishly stole some looks.

As Kabiyesi Olowa of Igbara Oke sprayed money into a box for her, the other kings took turn in admiring her well endowed backside as she wriggled to K1 De Ultimate’s music.