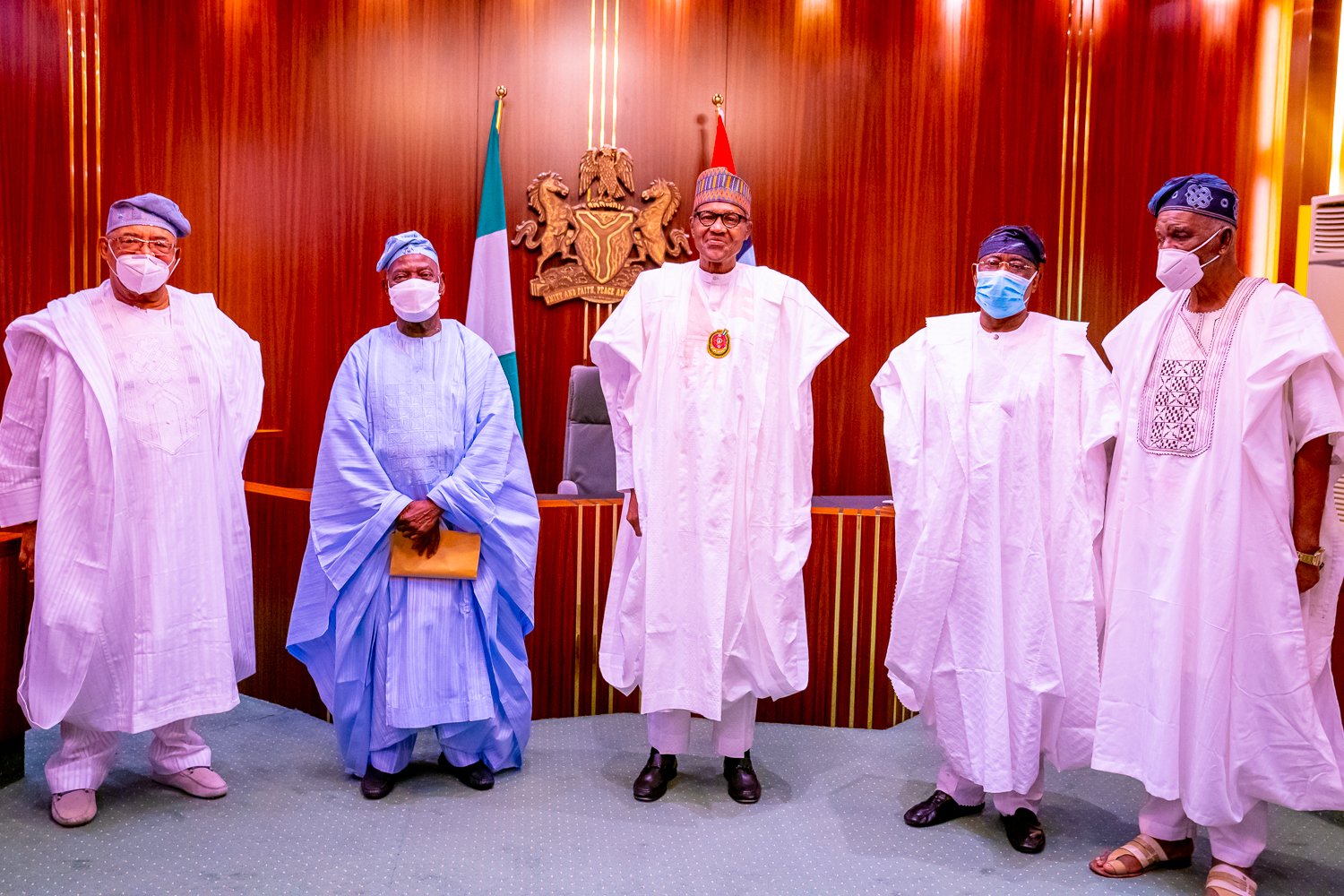 IT has emerged that the South-west Leaders who visited President Muhammadu Buhari on Friday at the Aso Rock Presidential Villa held discussions with the President on the state of the nation.

According to sources, the leaders specifically sought more decentralization of powers and responsibilities particularly to the states and special allocation for Lagos in recognition of its status as a former federal capital and the country’s commercial nerve-centre.

At the meeting, the leaders who are chieftains of the All Progressives Congress spoke passionately with the President before presenting him their position on the state of the nation.

They reviewed the recent EndSARS protests and the destruction of public and private properties that followed particularly in Lagos and made far-reaching recommendations.

Below are photographs of the visit: