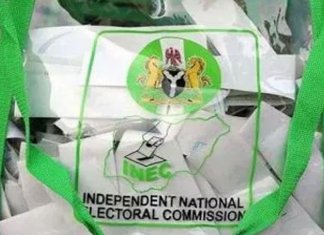 With the conclusion of the primaries by the 18 registered parties and submission of candidates’ names to the electoral management body, two critical milestones towards the 2023 polls have been met. These milestones have imposed some clarity on the direction of travel of the political parties, and have provided more illumination for pundits and observers. The dust, though, is yet to fully settle, and the haze is yet to disappear. But some patterns are already discernible.

One of the now evident patterns is a reality that has become a recurring decimal: the high turnover of federal legislators. According to media reports, about 50% of members of the House of Representatives and about 70% of senators did not win their primaries. Even after making allowance for those who switched parties on time and those who may magically make their way back in through the substitution window, we are likely to have a situation where roughly 60% of the 469 federal legislators will not even contest in the 2023 elections.

It is conceivable that not all those who won the tickets will be re-elected. Give or take, another 10% or more of current federal legislators may still fall off. This will bring the 2023 attrition rate within the normal band: Since 2003 when the first set of legislators elected in this dispensation stood for re-election, the proportion of federal legislators who get re-elected has ranged between 16% and 30%.

In a 2020 journal article, entitled ‘Legislative Turnover in a New Democracy: An Insight from the Nigerian National Assembly (1999-2019),’ Joseph Fasagba and Chiedo Nwankwor posit that data from five election cycles show that most Nigerian federal legislators lose their re-election bids more during primaries than through general election due to ‘intra-party competition.’

The latest iteration of this pattern induced special mentions by the presiding officers of both chambers of the National Assembly last week when the legislators returned from recess. Post-primaries resumption was always tinged with grief. The affected members would nurse their losses and receive commiserations quietly. But something shifted this time around. The grief escalated from the individual to the collective.

The legislators thought they had found a way around the quadrennial gnashing of teeth that normally predates exodus of parliamentarians from the domed building. But their concocted solution did not make much material difference. Hence, the usually individualised pains gave way to collective mourning.

The Senate President commiserated with his colleagues who lost out and wished them the best, including possible turnarounds of their electoral fortunes. He could be one of the non-returnees. He contested in the presidential primaries as the presumed consensus candidate and secured a paltry 152 votes. Then his supposed stand-in for the Senate seat not only refused to relinquish the ticket but also threatened to sue the party for submitting another person’s name. More sparks are expected from that front.

On his part, the Speaker of the House (who won his own primaries but may not return to his plum post) welcomed his colleagues with a fighting speech. He railed against indirect primaries, and hinted the House might revisit the amendment to the Electoral Act.

Many of the issues around the current electoral law arose out of the struggle for supremacy between the federal legislators and the state governors. The legislators, for good reasons, feel that the governors are too powerful, and their growing powers and influence should be whittled down. The electoral law came in handy.

Without a doubt, the governors individually and collectively are a major political force in the country. The federal legislators fancy being a major political bloc too, even if not of equal standing. Collectively, the legislators have the federal platform. Also, the concept of checks and balances gives them enormous leverage over the Presidency and other executive institutions at the centre. The only problem is that individually, the legislators come from states, and in the states, the governors are absolute monarchs who determine almost everything, including who gets the ticket to stand for elections as federal legislators.

The power equation is clearly asymmetrical.

Most legislators do not return mainly because they fall out of favour with their governors. The legislators were keen on rebalancing the power configuration, especially in the near absolute powers wielded by the governors. Seeing the electoral law, which is largely within their remit, as a refuge, the legislators inserted some clearly self-preservation and self-serving clauses.

They thought, rightly or wrongly, that they would have a better fighting chance if all members of the parties vote in the primaries. So, they legislated direct primaries as the only way for choosing candidates in the electoral bill that they passed in 2021. That version was not signed by the president who rightly maintained that restricting the parties to only one option encroaches on the rights and prerogatives of the political parties.

The legislators backed down, and eventually incorporated indirect and consensus options for primaries,but made the condition for consensus stiffer. They introduced other things into the bill to counter-checkmate the governors. One of such was Section 84 (12) which states that political appointees cannot vote or be voted for in conventions for nomination of candidates. The constitutionality of this clause is being tested at the Supreme Court.

Another was Section 84 (8) which states that only elected delegates can vote in indirect primaries. By the time the legislators realised they had inadvertently excluded statutory delegates, including themselves, from voting in primaries, it was too late. The obsession to get even with the governors had blindsided the legislators. They rushed an amendment to Section 84 (8) but it was too late for the president to sign as some parties had already commenced their primaries.

There is no evidence that that amendment or even insistence of direct primaries would have made a difference for most of the legislators. Prising the parties out of the hands of governors and other godfathers will take more than legislating the mode of primaries or constraining political appointees. None of the methods is fool-proof, anyway. Direct primaries were adopted in Lagos and Osun in the last election cycle and they produced predictable and pre-determined results. Also, those in control of elected delegates are likely to control of sizeable number of statutory delegates based on the entrenched patronage nature of our politics. What we need is a root-and-branch reform of not just the electoral system but of our politics and our value system in general. Not a narrow and obsessive pursuit of self-interests for electoral advantage.

However, beyond the self-interest of the legislators, there is a greater good to be served by reducing the high turnover rate in the National Assembly. Lawmakers perform three key roles: making laws for the good governance of the society, representing their individual constituencies and providing oversight to the executive arm of government. These roles require experience. Also, being an effective parliamentarian requires having a keen understanding of the rules, the processes and the issues, and forging lasting relationships across regional and partisan divides. All these require time.

It is in recognition of these factors that parliamentarians do not have term limits. Even in a system where a president can only be in office for two terms, a legislator can be in office for life. And in most countries, the rate of attrition is usually low. This ensures that the legislative arm of government remains a stabilising and moderating force in governance.

While the incumbent lock or having legislators for life may be an extreme, the frequent turnover of legislators in Nigeria’s Fourth Republic is another extreme. It has been at the expense of institutional development and the country at large. It costs a lot of money and technical support to bring legislators up to speed with the demands of their important work. And in most cases, most of that investment is lost every four years. The parliament is thus robbed of institutional memory, experience, maturity and continuity at the commencement of each legislative session. By the time most of the legislators are getting a hang of things, it is time to seek re-election, which most of them end up losing.

It is important to note that while most legislators lose their seats because they have problems with their governors, this is not the sole reason. Some lose because there is intense competition for being a federal legislator. Our National Assembly members are widely perceived as the best paid elected officers in the country today and as the highest paid legislators in the world. This perception may be off the mark. But it fuels competition for their jobs. And in the scheme of things, it is easier to win the ticket to run for parliament than for governor or president.

Some of the legislators lose to local dynamics, as some areas have an informal rotation arrangement to ensure the position goes round the constituency. Some also lose because the governors retire to the National Assembly, especially the Senate, and they are hardly in a position to stop the governors.

But most legislators fail to return because their constituents see them are non-performing. There is a warped definition of performance at that level because the metrics are hardly about the job description of the legislative arm of government. Performance is hardly about the number and the quality of bills and motions sponsored, the voting patterns, the robustness of contributions at plenary and in committee meetings, the depth of questions in public hearings and oversight work, and level of constituency outreach. A legislator may do well on all these core functions and still be scored low by his/her constituents.

The faulty metric pushes most of the legislators either to try to compete with or duplicate the executive arm of government or to try to keep their people sweet and happy. Thus, they spend disproportionate time angling for constituency projects, siting of mostly unsustainable institutions, getting jobs for their constituents, sinking boreholes, paying schools fees and hospital bills, starting micro-credit and scholarship schemes, feeding people and doling out tons of cash.

This misdirected focus robs the country of the vitality that the parliament should provide. Unfortunately, it is never enough to keep most of the parliamentarians at their coveted posts. Invariably, those who manage to return are those who are able to strike that sweet spot of simultaneously feeding the big ego of their governors and the insatiable hunger of their constituents. It will always be a tough act, made tougher in many instances by increasing competition and in some, by local realities.