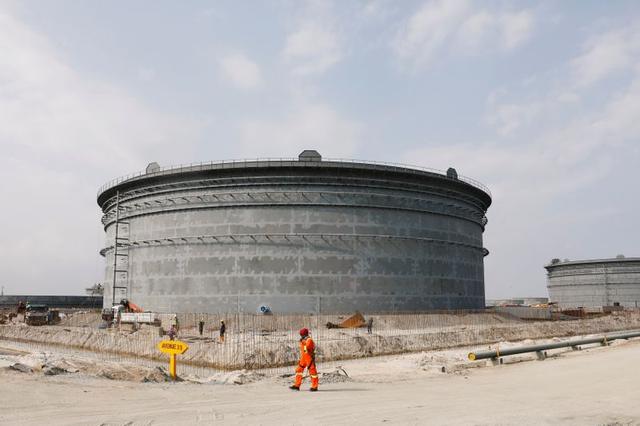 Devakumar Edwin, group executive director, said the firms from Western and Middle East countries and involved in trading and crude production were looking to secure crude supply agreements, a similar objective to that pursued by the Nigerian National Petroleum Corporation (NNPC).

“They are seeking to have 20% minority stake in Dangote refinery as part of collaboration … so that they can sell their crude,” Edwin told Reuters by telephone.

He said Dangote refinery is not looking for equity and the company wants to be able to secure crude from the market.

Nigeria, Africa’s biggest crude oil exporter, imports virtually all of its fuel due to moribund state refineries, which has prompted the state oil company’s interest in the 650,000 barrel per day (bpd) Dangote refinery.

NNPC’s spokesman, speaking to Reuters in a phone interview, said the corporation had considered the idea of acquiring a stake in the $19.5 billion oil refinery project owned by Africa’s richest man, Aliko Dangote.

Edwin said the refinery is scheduled for mechanical completion this year with commissioning by January 2022.

Nigerian billionaire Dangote, who built his fortune in cement, first announced a smaller refinery in 2013, to be finished in 2016. He then moved the site to Lekki, in Lagos, upgraded the size and said production would start in early 2020.

The company has held talks with firms including Vitol and Trafigura over the supply of crude and lifting of petroleum products for sale abroad.

Nigeria lost its biggest customer, the United States, after it start producing shale oil. The U.S. is now pushing into some of Nigeria’s most valued markets, Edwin said.

(Reporting by Chijioke Ohuocha and additional reporting by Camillus Eboh in Abuja; Editing by Alexis Akwagyiram and David Evans)