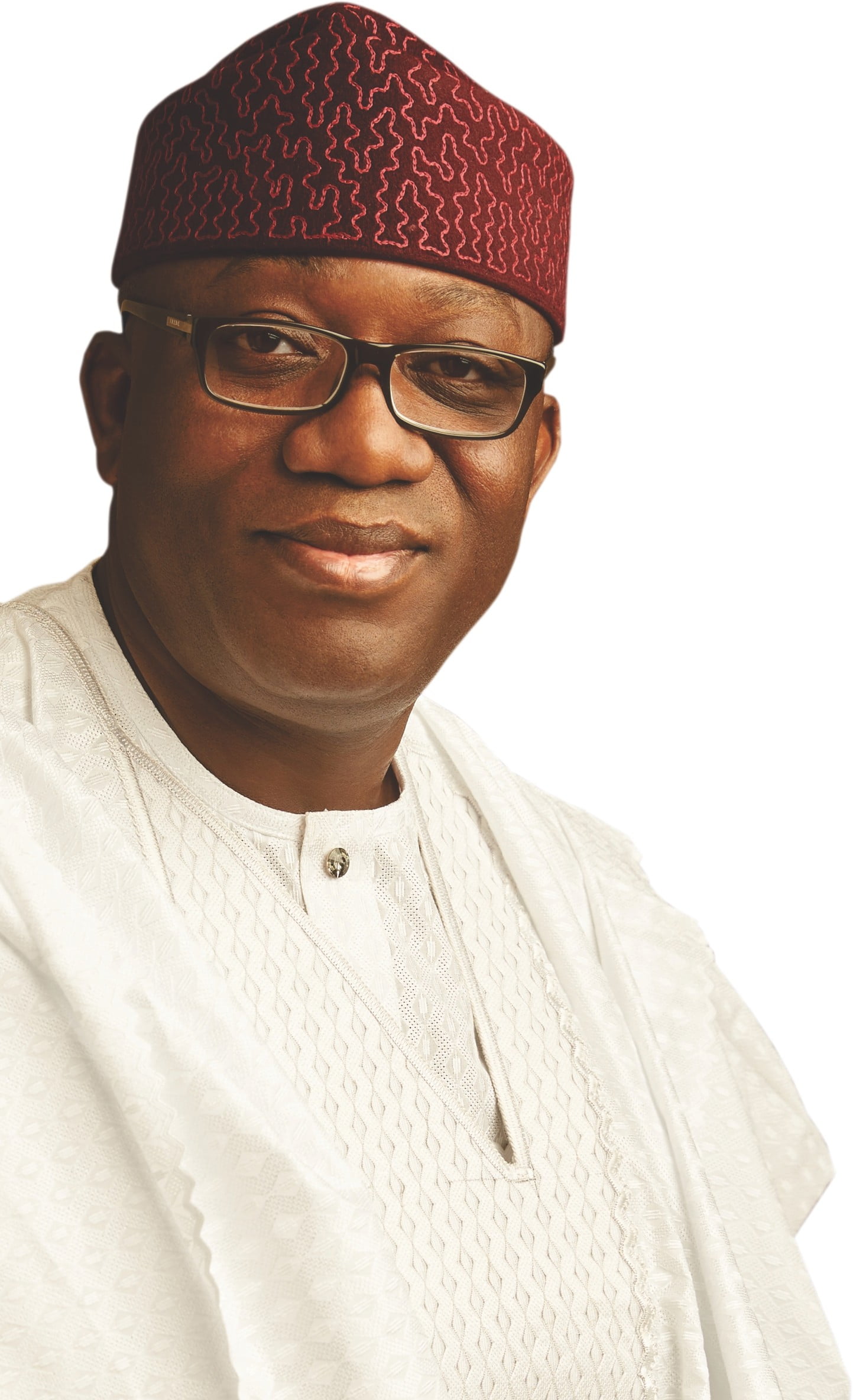 On Tuesday 09, 2021, Dr. John Kayode Fayemi, a complete Omoluabi par excellence. For a single life of his, Fayemi is a phenomenon, an achiever, a history maker and an unassuming gentleman.

Prior to August 16, 2013 everything I knew about Dr. Kayode Fayemi was through media accounts and testimonies of other persons. But providence brought me in close contact with him on August 13, when he requested that participants at the International Memorial Conference on D. O. Fagunwa in Akure where he had earlier been invited to present a goodwill address, should come for a dinner on the final day in Ekiti Government House.

At about 6.00 pm, two coaster buses arrived from Ekiti and we were conveyed to Ado Ekiti. Among us were Professor Niyi Osundare, Prof. Femi Osofisan, Prof. Wale Adebanwi, Prof. Taiwo, Prof. Tola Badejo, Prof. Oyeronke Oyewumi, Prof. Karin Barber, Prof. Tunde Babawale, Odia Ofeimu, Prof. Dan Izevbaye among other distinguished scholars who attended the conference. The conference was a home coming for a number of our diaspora intellectuals and their home-based counterparts.

Despite the stress of long hours of high level intellectual engagement of mainly Fagunwa’s works, and the stress of road transport, the chief host, Dr. Kayode Fayemi provided an atmosphere of tranquility that made the dinner a remarkable comfort.  The main organizers of the conference were his friends and himself being an intellectual, there was no doubt that he found our company that night refreshing.

In spite of the tight arrangement because we had to depart quickly, I still stole some minutes to have a word with him. I am not sure he can recall this. I spoke to him about my deep admiration for him and how I found him a distant mentor as we tend to share a lot of aspirations and values in common. I also spoke quite prophetically that I was scared of the possibility of him losing a second term bid as I indicated that despite his undeniable and trail blazing achievements as governor, there was that unexplainable level of lack of appreciation by Ekiti at home. I noted that in contrast, Ekiti outside the state were generally overwhelmingly appreciative of his policies, programmes and ideas and that he should find a way to leverage it. My friend, Olumide Osagbemi, who also attended the dinner, and I continued to express our concerns whenever we met to discuss public affairs.

The pain of that lost continue to pinch me endlessly. And then an opportunity came for me to meet him more in person on December 26, 2016 at his Isan-Ekiti country home. The meeting was brief but it left a deep impression on me. He has always reinforced my unconditional confidence in his capacity and character whenever I listen to him.

He marveled me as a mentor and talent hunter when he invited me to join his government and assigned me as his principal private secretary, a position that is often occupied by long term confidants. Before this time, we had only met in close contact for four times and the total time spent was not more than forty minutes in all, yet he trusted me to perform the role.

Dr. Kayode Fayemi is an unassuming gentleman, very tolerant, indulgent and appreciates individual differences. He appreciates and focuses on people’s strength than their obvious weakness. A workaholic who hardly rests. For him, the job must be done. So, he is always on the move, engaging with organisations and institutions that can help Ekiti to exit her current status as poor and back water state. When he is on the desk, he could stay reading files and correspondences for 20 hours non-stop. For most times, he eats once a day and hardly has time for revelries. He is always too busy for wining and dining.

As governor, he reads all his correspondences and insists that all must be replied. For him, it is a show of indecency and arrogance that people write to those in authorities and they never get a reply. No matter how voluminous a document is, Kayode Fayemi will painstakingly go through them and commit every material detail to memory. He has this unphantomable photographic memory of events, people, decisions and issues. When you bring any matter to his notice, no matter how long and the number of people involved, he will simply recall effortlessly from where the discussion ended the last time. I am amazed at his network of persons. There is hardly any person of note in governance, politics and development partnership that JKF has not had an encounter with. There is no donor agency or development partnership key figure in Nigeria, African and the world over that he has not met. He is a master of all the niceties, procedures and conditions for all manner of grants and financial assistance available, globally.

He is a multi-tasking leader who is able to coordinate multiple meetings, attend to a cluster of appointments, review policies with appointees and attend to national issues seamlessly. The standard practice with him is that files must be out within twenty-four hours or at most forty-eight. His meetings are short but purpose driven. He has this resilient and rare gift of calm listening attention that is almost second to none and for every issue raised with him, he would ensure a lucid explanation. He truly is a rare gem of a leader.

Working closely with him in the last two years or less has been a great school of advance studies in leadership and governance. I thank him for the privilege to learn directly from him! I have learnt hard work, honesty, dedication and acting in the best public interest even when it most inexpedient.

I have learnt paying attention to details, never acting to please mobs or taking actions on the spur of the moments; I have leant how to manage complex characters and balance conflict of interests. I have learnt how to maintain a still peace in the face of unwarranted provocation. I have learnt proactive leadership, deep intellectualization of public discourse and stubborn fidelity to vision without being distracted. All these he daily manifests.

As JKF clocks 56, I pray God to continue to grant him the courage and wisdom to think rightly, speak rightly and act rightly. May he continue to find favor before man and God. Happy birthday, dear mentor. • Dr. Aniyi, writes from Ado-Ekiti