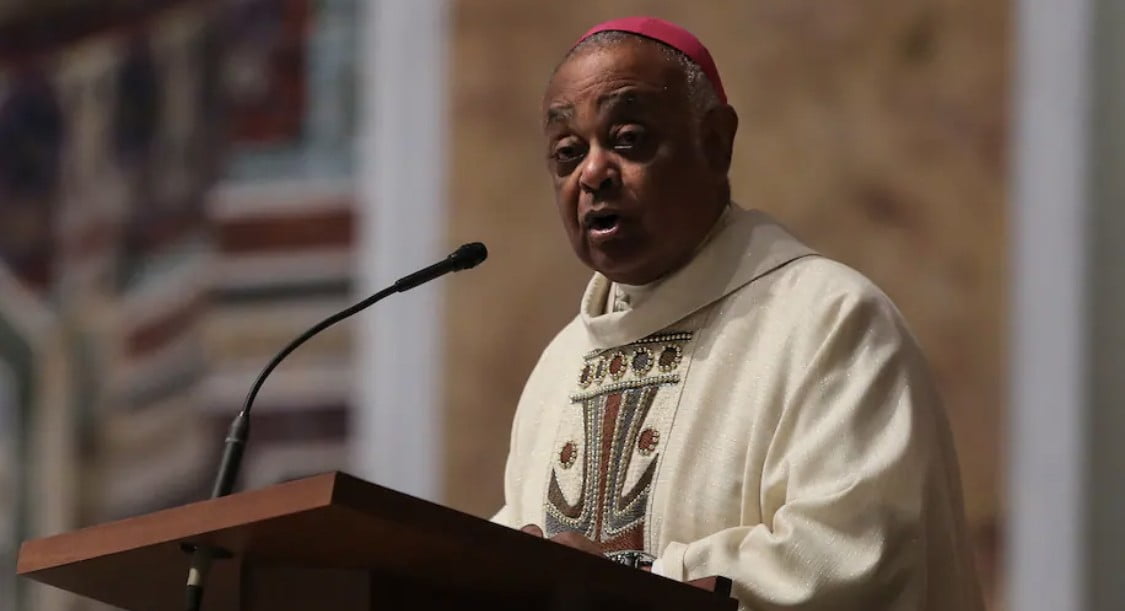 U.S. Catholic bishops next month are expected to take a vote aimed directly at the question of whether pro-abortion rights politicians should receive Communion. The vote will go ahead despite efforts by some bishops who think urging the exclusion of Catholics such as President Biden is not pastoral.

The decision by leaders of the D.C.-based U.S. Conference of Catholic Bishops to have the vote comes after dozens of U.S. bishops asked for it to be postponed, saying the conference is too divided. The Catholic news site the Pillar first reported Tuesday that the effort to postpone the vote was led in part by Washington Archbishop Wilton Gregory.

U.S. bishops have long been divided about how to deal with prominent Catholics who support abortion access, but the issue for some became urgent with Biden’s election. For other bishops, Biden is a boost for the faith because he is an attendee at weekly Mass who describes Catholicism as essential in his life and emphasizes key church priorities such as poverty, heath care and refugees. Biden is the second U.S. Catholic president, after John F. Kennedy.

After weeks of back-and-forth — including input by the Vatican — conference President José Gómez on Saturday sent his fellow bishops an outline of a document on which they are expected to vote at the virtual meeting in mid-June. The document asks bishops whether they want the conference’s committee on doctrine to start drafting a teaching document about the meaning in the life of the church of Communion, the core sacrament in traditional Catholic practice.

Watchers of the conference of bishops say they expect a yes vote. Then the committee on doctrine would create a proposed document for the bishops to discuss when they meet in the fall. While the conference is more of an advisory group and has no authority over what bishops tell their own priests to do in their dioceses, the church aims to work on consensus, and a vote spotlighting clergy who give Communion to pro-choice Catholic politicians would be historic.

Biden’s bishop in Washington, Gregory, has said he will not withhold Communion from Biden, calling such an action a politicization of the rite. Gregory is in line with his predecessors in D.C. and with other bishops who condemn abortion but focus on empathizing with the reasons that women have the procedure and looking to draw the women closer to God and the Catholic community.

In other words, the bishops cannot vote to deny Communion to Biden. But the conversation and votes could further divide the already polarized American Catholic community just as the U.S. Supreme Court prepares to consider a major abortion rights case.

“The focus of this proposed teaching document is on how best to help people to understand the beauty and mystery of the Eucharist as the center of their Christian lives,” Gómez, who is archbishop of Los Angeles, wrote to the other bishops in a note with the outline. “It is clear that there is a lack of understanding among many Catholics about the nature and meaning of the Eucharist. … This includes the call to all the faithful for ongoing conversion, moral transformation and missionary discipleship.”

The draft letter lays out three areas the teaching document will cover to explain “why it matters.” It includes that the sacrament is the real presence of Christ, and that it is healing, beautiful and unifies the church. The part of the document most likely to stir controversy is about “eucharistic consistency” — in other words who should receive Communion.

“A person should examine himself … for anyone who eats and drinks without discerning the body, eats and drinks judgment on himself,” it reads, then adds in parentheses: “The nature of eucharistic communion and the problem of serious sin.”

More than 60 bishops jointly wrote to Gómez this month, the Pillar reported Tuesday, asking him to postpone a vote related to Communion. The Pillar said the appeal bore the letterhead of the Archdiocese of Washington and the effort was led by Gregory and Chicago Archbishop Blase Cupich. There are about 280 voting U.S. bishops.

Gregory’s office did not respond to several messages, nor did Gómez’s. Two sources familiar with the planning of the bishops’ meeting confirmed the letter requesting a delay but could not confirm Gregory’s role.

The bishops’ requesting a delay pointed to a recent letter from the Vatican’s doctrinal arm urging them to move slowly on a divisive topic and to avoid elevating abortion as the only grave matter that Catholics should consider. Cardinal Luis Ladaria, the prefect for the Congregation for the Doctrine of the Faith, the Vatican’s watchdog for doctrinal matters, said in the letter that the bishops first must talk among themselves at length and also that bishops must talk with politicians who support abortion rights.

Any policy produced by the conference of bishops would require near unanimity and could not upend the right of an individual bishop to decide whether to deny a politician Eucharist in his diocese. In addition, Ladaria argued that it would be “misleading” to suggest that abortion and euthanasia are “the only grave matters of Catholic moral and social teaching that demand the fullest level of accountability on the part of Catholics,” Religion News Service wrote this month.

Citing Ladaria’s letter, the bishops asking for a delay said his “high standard of consensus … is far from being achieved in the present moment.”

Archbishop Joseph Naumann, leader of the conference’s anti-abortion committee, said the discussion is urgent partly because of Biden’s presidency but also because of what he believes is a different climate.

Biden, he said, “has created a problem for himself and for the church” by saying he’s a devout Catholic while advocating for choice. “It’s a matter of integrity. He shouldn’t present himself for Communion.”

And while the effort looks to clarify who should not seek to receive Communion, Naumann said the overall purpose of the document is to teach Catholics anew what Communion is about.