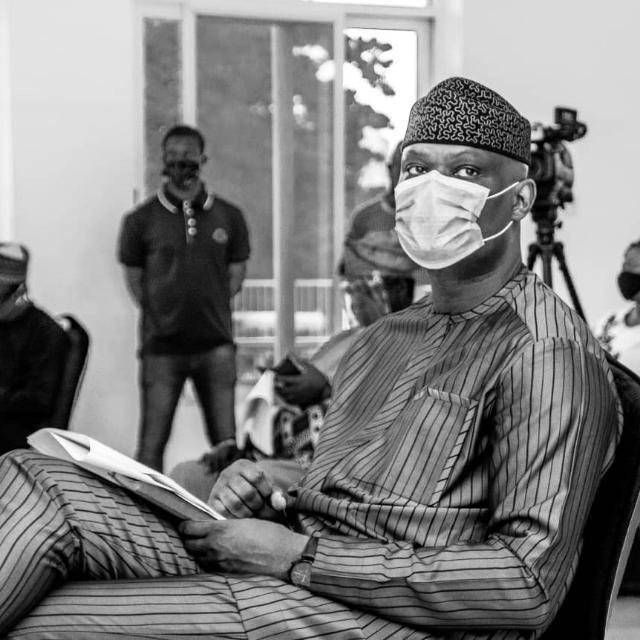 The Supreme Court has struck out a suit brought by the Attorney- General of Ekiti State, Olawale Fapohunda, against the Attorney-General of the Federation regarding the legality of virtual court sittings.

In the suit, Mr Fapohunda asked the court to determine whether the directive issued by the AGF to the Heads of Courts at Federal and State levels, as it relates to the conduct of virtual proceedings in court, is not a violation of the federalism provisions of the 1999 Constitution.

He also asked the apex court to determine if the directive issued in line with the National Judicial Council is not a violation of the constitutional provisions on fair hearing as it relates to the conduct of criminal trials in public.

Furthermore, Fapohunda asked the court to set aside or strike down directives to the extent that they purport to be binding on the Ekiti State High Court for being inconsistent with the 1999 Constitution of the Federal Republic of Nigeria.

Apart from the Attorney General of the Federation, the Attorneys General of Lagos and Ogun States who have implemented virtual court proceedings were also listed as second and third defendants.

The AG Ekiti State further asked that the Supreme Court determines whether the AGF’s guidelines are not a derogation from the legislative, executive and judicial law-making, law execution and adjudicatory rules making powers exclusively vested in states of the federation in respect of states courts, by virtue of Sections 1(3), 4(6), 5(2), 6(2), 272 and 272 and 274 of the Constitution.

Fapohunda also asked the apex court to decide whether Lagos and Ogun states, having adopted virtual court hearings pursuant to the lockdown, the three arms of Government in Ekiti State are bound to conduct their legislative, executive and judicial functions pertaining to adjudication in state courts in compliance with the directive upon which the National Judicial Council formulated the provisions of Articles E(1) to E(13) of its Guidelines (issued on May 7, 2020).

But in a unanimous judgement on Tuesday, a seven-man panel, led by Justice Olabode Rhodes-Vivour declared that as at today, virtual court sittings are not unconstitutional.

The suit was also struck out on grounds that it was speculative and failed to show any cause of action.

The court further held that the National Assembly is constitutionally empowered to make and amend laws and any Judge that refuses to sit virtually should be reported to the NJC and removed from the bench.

The issue of the constitutionality or otherwise of remote or virtual court hearing has dominated national discussion since the publication of the guidelines of the NJC which recommended virtual court proceedings for courts in response to the COVID-19 Pandemic.

Opinion has been divided among lawyers on the legality of the directive.

A number of High Courts including those in Lagos, Ogun, and Borno states, have proceeded to implement the guidelines while many States, including Ekiti State have been adamant in their opposition to the directive insisting that only a constitutional amendment or pronouncement by the Supreme Court can ensure the legality of virtual court hearings.