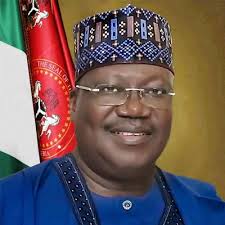 President of the Senate, Ahmad Lawan has said that the passage of the sexual harassment bill by the Senate will ensure the safety of students of tertiary institutions in the country.

Lawan stated this in his remarks on Tuesday after the upper chamber passed a bill for an Act to prevent, prohibit and redress sexual harassment of students in Tertiary Educational Institutions.
The bill was sponsored by the Deputy Senate President, Ovie Omo-Agege (APC – Delta Central).
The passage of the bill followed the consideration of the report of the Committee on Judiciary, Human Rights and Legal Matters.
Speaking on the bill passed by the upper chamber, Lawan said, “this is a very important and landmark legislation that this Ninth Senate has passed. We have to protect our daughters from predators.”
“In the process we could see clearly that we wanted fair means of determining what offence somebody is accused of, so it is a balanced legislation.
“We want our tertiary institutions to be a very safe environment for everyone, and this is a legislation that will ensure that wish”, the Senate President added.
Earlier, Chairman of the Committee on Judiciary, Human Rights and Legal Matters, Senator Opeyemi Bamidele (APC – Ekiti Central), in his presentation said the piece of legislation “attracted unprecedented support from not only Distinguished Senators as demonstrated by the 106 Senators that Co-sponsored the bill but an overwhelming number of Nigerians who see the bill as a necessary legislative intervention that will bring sanity and good order to the educator-student relationship in our tertiary institutions.”
According to the lawmaker, “the bill is not targeted at a particular community – the educators and that it does not interfere with the autonomy of the universities – rather, it is intended to reposition and strengthen our tertiary educational institutions to maintain the core values of etiquette and excellence.”
He added that with the passage of the bill, the piece of legislation will bridge the huge gap and give legal backing to any internal rule by educational institutions to check the incidences of sexual harassment.
Bamidele stated that contrary to ASUU’s claim that there are extant laws that can sufficiently address sexual harassment in tertiary institutions, the Committee found that there are no such laws.
“This legislation is meant to address incidence of sexual harassment in tertiary institutions only, as there are other laws that address sexual offences in respect of persons under the age of 18 years such as the Child Rights Act 2003”, the lawmaker stressed.
He added that, “by enacting this bill into law, the Nigerian Government would be fulfilling part of its obligations undertaken through the ratification of the United States Convention on the Elimination of All Forms of Discrimination Against Women (CEDAW), the African Charter on Human and Peoples Rights, the Protocol to the African Charter on the Rights of Women in Africa, and the African Charter on the Rights and Welfare of the Child, amongst others.”
Lawmakers during the clause by clause consideration of the bill, however differed on the retention of clause seven in the bill.
The Deputy Senate President, Ovie Omo-Agege who proposed an amendment to clause 7, argued that it was unnecessary for the prosecution to prove the intention of the accused person or the condition under which the act of sexual harassment was carried out.
According to him, the commission of sexual harassment was sufficient to try any educator accused of a sexual offence.
Lawmakers such as the Senate Leader, Yahaya Abdullahi (APC – Kebbi North) and Senator Abdullahi Adamu (APC – Nasarawa West), however, argued on the contrary that should the bill make it unnecessary for the prosecutor to prove the intention of any accused person in a sexual harassment trial, same would lower the requisite standards obtainable in criminal proceedings.
According to Senator James Manager (PDP – Delta South), going ahead to pass the bill without making it compulsory for prosecutors to prove the intention of the accused person in a sexual harassment case, may expose educators to blackmail.
“Laws are being made for the people, and when you make laws with a technical amendment like this, we have to be very careful.
“The rape cases that we have had in recent times, majority of them are outside the universities or the tertiary institutions and they are all strict liability offences. We have not been able to amend that particular part of the law.
“When you isolate, because some of the rape cases are on children who are even five or six years, but the burden of proof is still strict liability. You have to prove, that is for a separate law for a separate group of people.
“Mr. President, we have to be very careful, as we are trying to protect the female students, we must be seen to be protecting some innocent lecturers.
“In this day of the internet, a lecturer can easily be set up. We have to be very careful. For us to isolate by removing the intention, that will not be good enough”, Manager said.
The lawmakers while voting on clause seven, voted for its retention as contained in the bill and recommended by the Committee.
The clause provides for strict liability which makes it necessary for prosecutors to prove the intention of the accused, as well as the condition under which the act of sexual harassment was carried out.
Signed:Ezrel TabiowoSpecial Assistant (Press)to President of the Senate Tuesday, July 7, 2020—