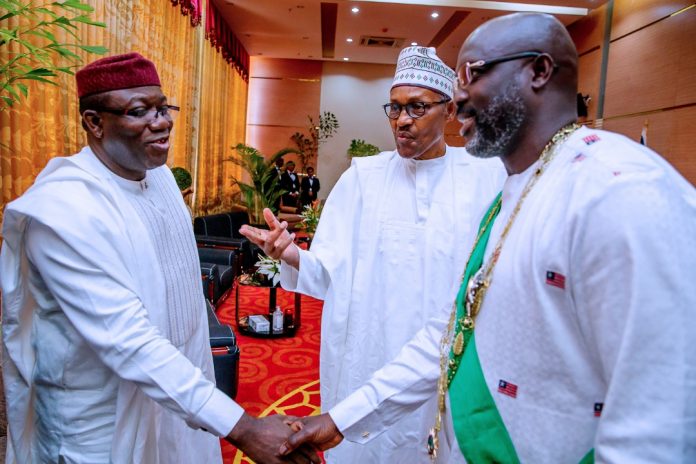 Have you seen those pictures making rounds of Ekiti State governor, Dr. John Kayode Fayemi warmly relating with a 7-year-old pupil of a public school? The story has it that Gov. Fayemi and the boy met during the launching of the Federal Government’s school feeding programme in Ekiti. Since then, the governor had struck a friendly accord with the boy, forcing the former to invite the latter, his little friend, over to visit him in the office.

The pictures actually brought out another salient character of the governor, whose critics had accused of being disconnected, especially from the lowly. Many would also argue that Gov Fayemi was always too serious and hardly had time for such an affection

For the boy, Master Daniel Olutope, a Primary 3 Pupil of St Michael Primary School, Ajilosun, Ado Ekiti, the visit to his “friend” was an exciting experience, an assurance that a governor was also a human being of likemind and that he could also aspire to attain any height in life. The gesture was actually a confirmation of Gov. Fayemi’s penchant for education, particularly, child education, and an affirmation of his knowledge economy agenda.

Prior to when the pictures started making rounds, pundits had been wondering what was making Dr. Fayemi tick. One moment, he was seen flowing freely with the high and mighty, the next moment, he was feeling cosy in the company of those perceived as ordinary persons, without grandstanding or showy about any.

So, what can be described as the secret of the successive successes of the Ekiti Gov and Chairman of Nigeria’s Governors’ Forum? What thrills him or captures his fancy? And to think those series of successes keep attracting friends and foes alike to him, makes Fayemi’s kind of politics quite interesting as a case study?

Like him or hate him, Gov Fayemi is no longer a rookie in the Nigerian politics. Neither is he a pushover. He is seriously making an impeccable statement and an inroad as a bridge builder.

Yes, Fayemi is fast becoming a good study in neo-progressivism in the Nigerian political setting, giving Ekiti State, which he governs as his primary assignment, a new facelift after its despoiling by his predecessor in office.

Fayemi’s kind of progressive tendencies is the one that gives support for, or advocacy to social reform, based on the idea of progress, which asserts that advancements in science, technology, economic development and social organisation are vital to the improvement of the human condition. This has greatly reflected in the five-point agenda of his administration viz: agriculture and rural development, social investment, infrastructure development, knowledge economy and governance.

Yet, Fayemi also recognises the need to involve the private sector operators in the development of his state, knowing that the state, Ekiti, is challenged economically. This policy model of his, which seeks to partner with the private sector for the good of his people is reflected in his administration’s plan to return schools to missions in a bid to further improve the quality of education in the state, and the signing of a partnership agreement with Promasidor by Ekiti State to drive its backward integration initiative aimed at creating local source of raw materials for its dairy products through the state owned Ikun Dairy Farm, among others, cannot be overlooked

As a progressive, Fayemi is also concerned about the welfare of his people, ensuring equality of outcomes.

In the Nigerian politics, we have the libertarians and we have the progressives. But the ability to find a mid-point for the betterment of his people is what is making Fayemi tick. One can trace it to the emotional intelligence, which the Ekiti governor possesses in a large dose.

In case you have never met Fayemi at a close distance, but just seeing him from afar or reading what pundits write about him, let us get into his political closet a bit.

Dr. Fayemi is a calm human being. Very, very calm, collected, but insightful and humane. He is a good listener and just too calm to be taken for an activist, which he was popularly known as before foraying into politics. Still water he appears, but he flows very deep and wide. As a governor or political leader, he is more often than not basing his decisions on what serves the greater good of his people. His goal is to unify the citizenry through genuine love of democracy, good governance and belief in the superiority of values.

Having such a standard is helping Fayemi to avoid the ego trap. It impels him to work to increase the participation of the lower and middle classes. It has inspired him to reduce conflict and distrust among his people. And it has led to his greatest decision of all, which is the resetting of the values of his people to what will transform them back to their original omoluwabi status.

To help himself in this deliberative process, Fayemi has opened his mind to as many ideas and options as possible, even without discarding those of his opponents. He imagines all of the possible consequences of a strategy before committing to it. With a calm spirit and an open mind, he hits upon policies that would give his people an “A” status, such as the creation of the Knowledge City.

Though Fayemi is urbane and has developed himself to be a global citizen, the governor is still playing local in that the voice of an omoluwabi ekiti continues to resonate in him and simply stands for the higher power that exists within him. Perhaps this is the potential he feels in his moments of calmness and focus.

The perfect idea coming to Fayemi and his connection to the higher power in the present is because his mind is not weighed down with emotions. There is, therefore, the assurance that he will reach the goals he has set for himself because he is very focused. His attention is not pulled this way and that. There is the rational standard guiding all decisions he make. And, unlike his predecessor in office in Ekiti, he is not a fascist.

The kind of emotion most politicians exhibit can narrow the mind and make them focus on one or two ideas that satisfy their immediate desire for power and attention, ideas that usually backfire.

But with a calm spirit like that of Fayemi, one can entertain a wide range of options and solution within a short period. The voice will become clearer and clearer. When people besiege him with their endless drama and emotion, Fayemi, often than not, rises above the distraction and applies his rationality to think past them. Like an athlete continually gets stronger through training, Fayemi’s mind is becoming more flexible and resilient. Clear and calm, he is dishing out answers and solutions that many Nigerian politicians are not envisioning.

Let every Nigerian watch out for this very unique personality, as he continues to display his unique potential in politics.

Segun Dipe is the Senior Special Assistant to Ekiti Governor on Public Communications.

My Lord, Where do I keep your bribe?’

No beef against CJN Oonnoghen, but I could see spin in...

DID A MAN BUILD A GENERATOR POWERED BY WATER IN... 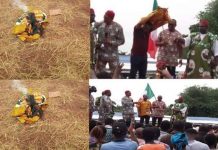 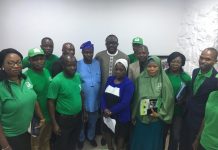 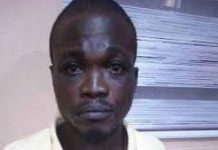 Man accused of extorting money from ladies he had sex with... 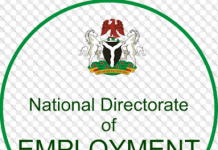 NDE ABIA PLEASE COMPARE, CONTRAST AND SEE HOW IKPEAZU AND THE...