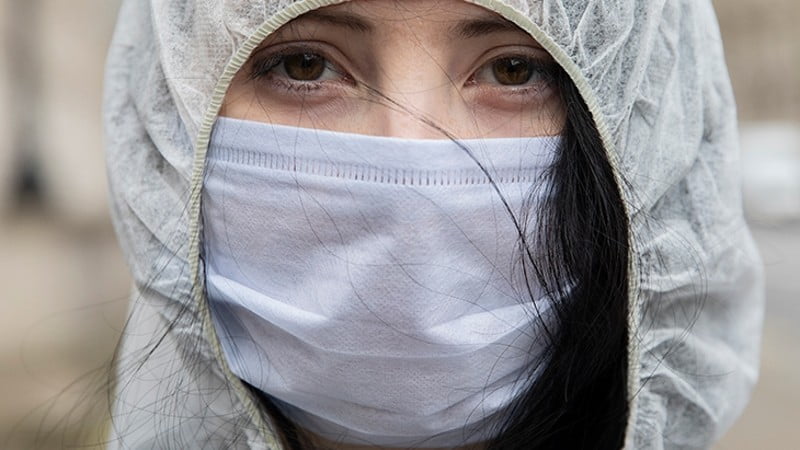 Soon, as the rates of coronavirus deaths and infections plummet, we’re likely to focus more on those who suffer what is being called ‘long Covid’ — yet the truth is we know very little about what precisely it is. Long Covid began as a quiet murmur in the background: anecdotal stories about symptoms which extended beyond the predicted 14-day recovery time. There’s no agreed definition, so it’s hard to say how many sufferers there are, but a survey from the Office for National Statistics suggests it affects as many as one in ten of those who have had the virus. As the second wave retreats, the number of people left with long Covid may exceed those currently infected with the virus itself. Yet there was no acknowledgement of the virus’s longer-term impact in the government’s roadmap out of lockdown.

The symptoms people report are too complex to tick any simple diagnostic box. One review highlighted 55 different long-term effects, ranging from skin rashes and palpitations to kidney pain and organ damage. But by far the most common are fatigue, ‘brain fog’ and breathlessness, often so severe that even walking can be difficult. Long Covid seems to wax and wane in severity from day to day. The Zoe app, in which millions of Covid-19 patients enter their symptoms, estimates that while one in seven still suffer after a month, only 2 per cent do so after three months. The app’s creators believe this is an underestimate — but given that a million people had Covid on any one day during the past month, the numbers are still significant.

There are two distinct long Covid groups. The first is those who were hospitalised and take months to recover from the ordeal (including, sometimes, intubation). Almost a third of them are readmitted within five months, often with illnesses affecting the lungs and heart. The next group is those who had a milder illness and whose symptoms have continued: too sick to work, but not sick enough to need hospital care.

Part of this may be down to the effect that Covid has on the brain. Tom Solomon, chair of neurology at the University of Liverpool, has said many Covid patients are coming to GPs with psychotic episodes, anxiety and depression. ‘It’s the current epidemic in primary care,’ he told a House of Lords inquiry. Lockdowns have, of course, taken their toll. But Professor Solomon says GPs are seeing these neurological problems continuously present in patients who have had the virus. Other academics have argued that Covid may even penetrate the blood-brain barrier and affect brain cells. This may explain why ‘brain fog’ persists in so many patients.The uncomfortable truth is that the pressure on the NHS may only just be starting

There is one obvious parallel, of course: chronic fatigue syndrome, a strikingly similar illness which can also be triggered by a virus. Some studies suggest that Covid hijacks the mitochondria, the battery power-house within cells which supplies them with energy — an effect which, if it lingers, may induce CFS-style fatigue.

But for now these are just theories: many academics admit we still know almost nothing about long Covid. We can’t yet predict who will get it. There’s no standard way to diagnose it. And we don’t know if symptoms will last a year, or a lifetime. Far from the pressures on the NHS beginning to ease with the vaccine rollout, the uncomfortable truth for commissioners is that the pressure may well only just be starting.

There are financial burdens to consider, too. A letter published last month in the BMJ, from patient campaign group Long Covid SOS, warns of a ‘concerning number’ of previously healthy people who are now on sick pay and benefits. Danny Altmann, a professor of immunology at Imperial College London, has described it as a ‘disease burden greater than that of arthritis, and there’s no prognosis for these patients.’

The government is investing £18.5 million in four research projects to study long Covid in patients who were not treated in hospital — a group for whom there is almost no research to date. The projects include analysing the genetic and biological factors which cause some people to develop long Covid; an investigation of potential therapies; and a study looking at how to define and diagnose the condition. Another will focus on children, an area which has been largely unexplored despite thousands of families campaigning for their children’s ongoing symptoms to be recognised.

There are already 69 long Covid clinics, funded by £10 million in government grants, but they offer limited treatments other than physiotherapy, mental health support and advice to manage specific symptoms such as breathlessness and fatigue. Many sufferers still report that it is a struggle to access them without having had a positive Covid test (and remember, there was no testing outside hospitals between March and May). Yet a study which scanned Covid-19 patients three months after infection revealed half — the majority of whom were never hospitalised — had lingering damage and inflammation in the heart, liver and kidneys.

Should long Covid be considered in the equation of how we resume life once the virus has retreated? The Labour party has certainly suggested as much. ‘As we vaccinate more, mortality rates will improve more and we will be able to save people’s lives,’ Labour’s shadow health secretary, Jonathan Ashworth, said during a parliamentary debate. ‘But there will be others who remain unvaccinated and exposed to the virus, and will possibly develop debilitating symptoms of long Covid as a result of that exposure… We will not be able to go back to normal yet, because the virus will still be circulating.’

A committee of MPs last week called for frontline workers suffering from long Covid to be compensated, and for the condition to be recognised as an ‘occupational disease’. That would at least be a start. For now, long Covid remains a mystery, and one that ministers and clinicians are desperately trying to understand.