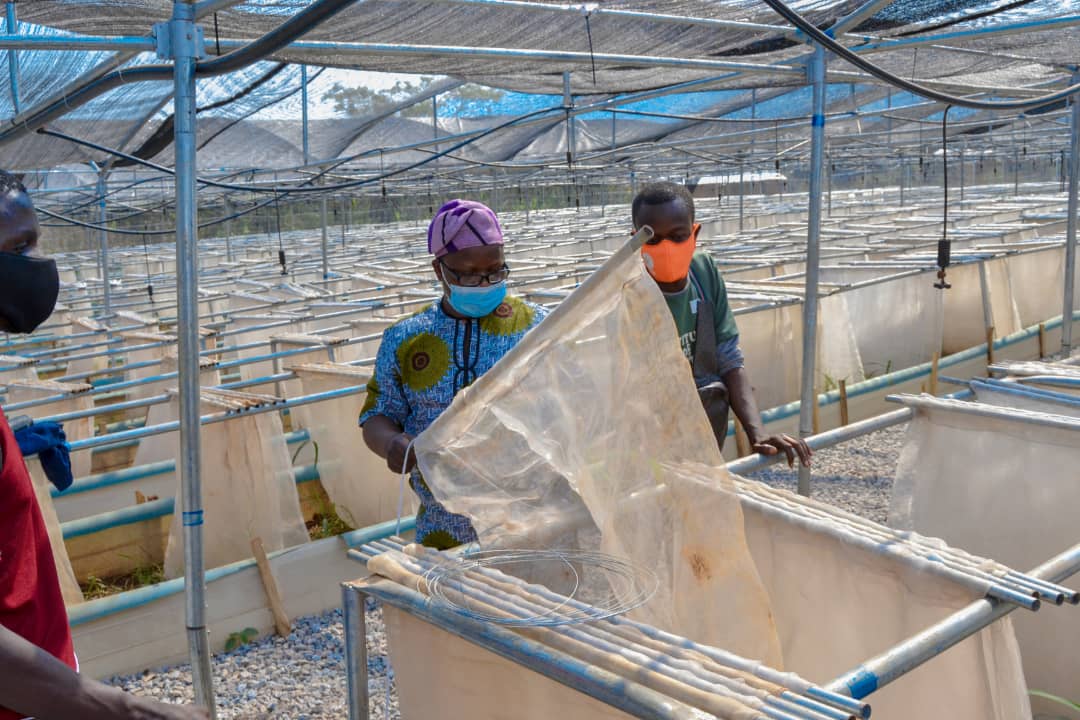 Ekiti’s Agricultural landscape will not be the same with the introduction of an ”eight world wonder” so to say as this N5billion farm konnect project at Egbeja village Okemesi puts Ekiti state on the world map of snail farming.

On Tues 16th January 2021, Prince Adetoyi the commissioner for agriculture and food security ekiti state government made a pre- commissioning inspection tour of the farm.

On questioning during g the tour, Oluwole Azeez said he brought the project to Okemesi in order to support the business made easy policy & friendly body language of Dr John Kayode Fayemi.

Over N5.2 billion has been committed to the project of integrated snail farming in which slime will be extracted for export. Slime is used in food, pharmaceutical and skin and hair care industries and is in high demand. In overall over 2 million snails will be raised per cycle at the farms with employment capacity of over 5000 personnel upon the completion of the project.

He choose Ekiti because of the renewed interest of Mr Governor in Agriculture and Food security.

Mrs Oluranti Ojo thanked JKF who provided the enabling environment for this project.

The Hon Commissioner of Agric and food security was satisfy with the preparation for the commissioning by Mr Governor himself come next week tuesday, as he closed the inspection tour by saying ”Its a new dawn in Agriculture for Ekiti state”

MRS OLURANTI OJO IS THE CEO OF DEM-ELI FARMS AND MERCHANDISE.

DEM-ELI FARMS AND MERCHANDISE IS THE AGRIBUSINESS ENTERPRISE THAT FACILITATED THE ESTABLISHMENTOF EGBEJA SNAIL VILLAGE THROUGH FARMCONNECT AGRIBUSINESS LTD.

PROFILE OF THE FARM:

Egbeja Snail Village is 5.2 billion Naira project for a snail farm with major 2 species of snail one of which is our local breed called The African Faint (cherasco) in about 10,000square meter containing above 500,000 snails prepared to have a feel of a natural habitat with the second kind of breed called Ellis and put in a curtain system of snail rearing method of another 10,000square meters. Taking over 1,500,000 snails making it a total of over 2 million snails on the entire farm with a well constructed pen to suit a natural habitat with a sprinkler irrigation system also with the planting of lettuce, water leaf for the local breed and a special feed arrangement for the Ellis while there are plans to acclimatize and also cross breed the Ellis with the African Giant.
Also 3 bore holes with 17000 liters storage facility to keep the snails in a natural habitat and good cooling conditions.
The pens also have the installation of dynamos to prevent snails from crawling away as a security measure.

Gestation period is one year which snails might have reached a higher level of slime production at about 8- 10,000kg slimes weekly which is one of the target product of the farm in the Global Market outside the snail meat production which is highly nutritious. Snail slimes are used for pharmaceutical and cosmetic production.

The farm at its full capacity will employ about 5,000 Ekiti indigenes skilled and unskilled labors which will highly complement efforts of the state government in job creations. While there are opportunity widow to invest into the farm to open up more pens so as to enhance the slime production.
The Honorable Commioner for Agriculture and Food Security in Ekiti state lauds the effort off the investor to take up this bold step and putting the facility up in Ekiti while he assures them of the State Governments continuous support.