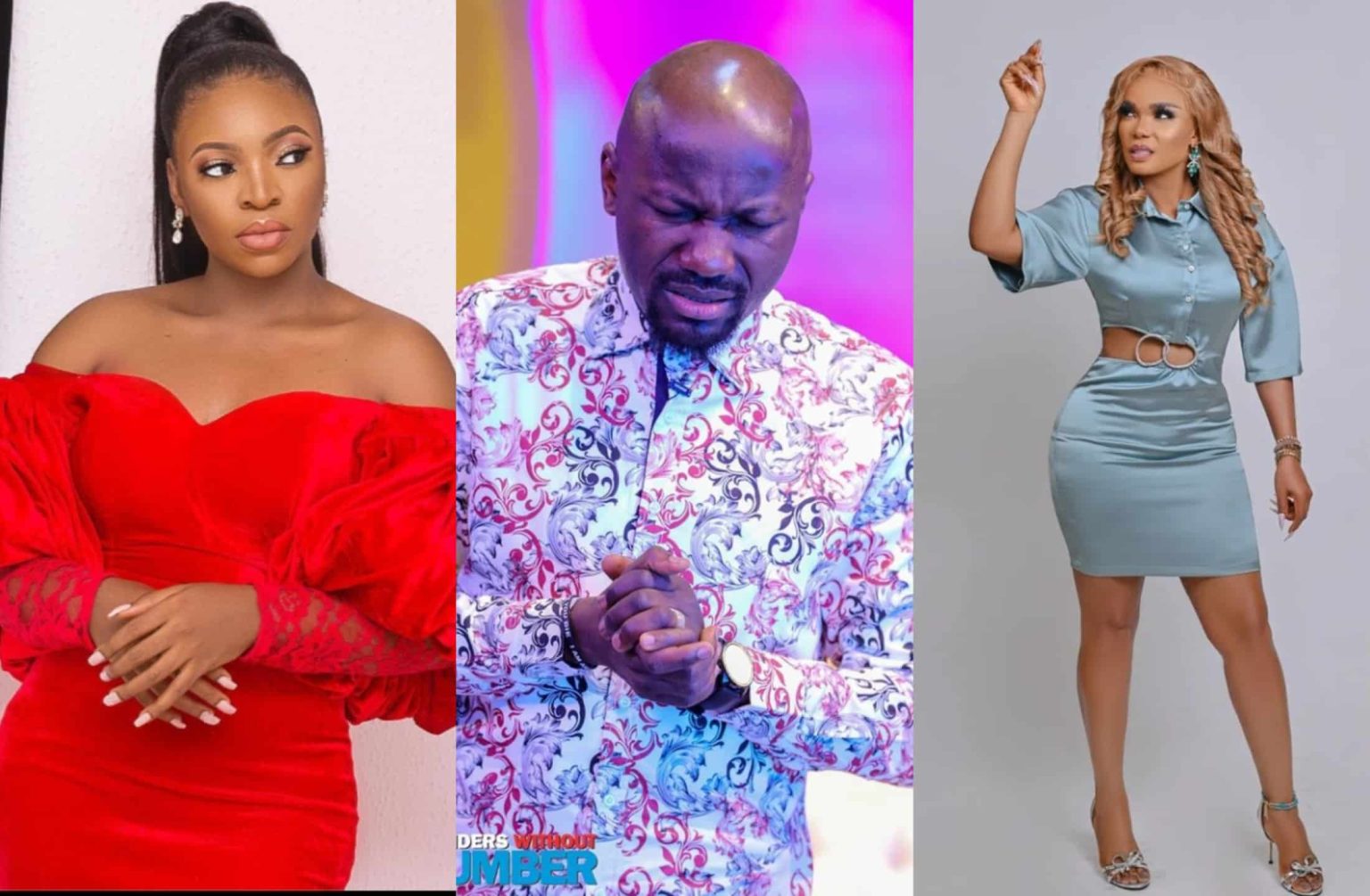 Iyabo Ojo has been called out over an alleged sexual entanglement with clergyman, Apostle Johnson Suleman.

Over the weekend, there were reports of some Nollywood actresses who have had affairs with the general overseer of Omega Power Ministries over the years.

While Iyabo Ojo is yet to respond to this allegation, actress, Steph Nayah, who also had an affair with the Apostle took to her social media page to drop a bombshell on Iyabo Ojo’s affair with the clergyman.

In a lengthy post, a certain Steph Nayah noted how she has been silent on his issue because she wants to see how far Suleman is willing to take this lie.

Nayah revealed how she met him in Mombasa, Kenya, and he took her contact, after which they had several intimate moments.

She claimed that the Apostle flew her back to Nigeria to lodge at his girlfriend’s place, which happened to be Iyabo Ojo’s house.

She disclosed that Iyabo made her comfortable and didn’t display any mean character to her, as she was comfortable with the Apostle having multiple affairs, as long as her income was coming in.

Her post reads, “I have been very silent on Apostle Suleiman issue because I want to see how far he is willing to take this lie. I had to come on Instagram to put my story out there.

“I met him at the airport in Mombasa, Kenya and he took my contact. We had sex in Dubai on that trip. He called me two weeks after and invited me back to Nigeria cutting short my trip in Dubai.

“Lo and behold, the house was the house of Nollywood actress, Iyabo Ojo @iyaboojofespris, in an estate called 5Streets in Agungi.

“She made me comfortable and told me how she doesn’t mind whatever the pastor does, as long as he keeps giving her money. He had just rented the house for her and she said her black range was giving her problems, as it was also in the mechanic’s place.

“Apostle came in around 11pm. He drove himself in a black Gwagon and his driver drove a silver range one of his other cars. After our round of sex in Iyabo Ojo’s room, he gave her the keys to the range that she should sell the black range off since it was old already.

“I called Uber and went to the hotel to wait for him. He came on the third day on his way to Abuja and gave me another $2000. He is a nice man and the sugar daddy of most Nollywood actresses, but for God’s sake, he should stop lying.

“You can say this is a lie, but in your heart you will know it’s true. How you told me you don’t make money from films, but you are just doing it to keep your face and you know Suleiman carries your bill.

“@iyaboojofespris this for blocking me. You want me to spill and I take the challenge. Your mother lives in the house with you in one of the other rooms upstairs. She was with us in the living room watching Tv. She knows all the shit we talked about. No respect.

“Apostle greeted her familiarly when he came and she went upstairs before all of us later retired to your room. Your house help, a dirty looking black short girl brought me water to drink.

“You did a boob job to firm up your boobs paid for by apostle. Na only stomach you no see do. Should I continue??? Or you go behave now? @cossyorjiakor Nne biko leave this girl for me make I finish am. I have facts.”